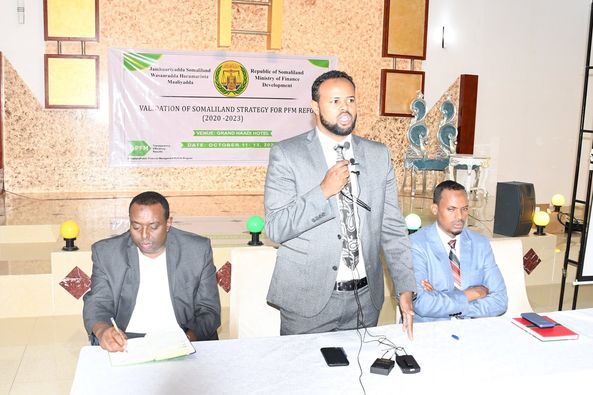 Hargeisa 11 Oct, 2020 (MoFD) – The event was officially opened by the Deputy Minister of Finance Development Hon. Muse Ibrahim Yusuf, and attended by representatives from the PFM reform stakeholders. The Director General of the Ministry of Finance, Mr. Mohamed Abdi Gurhan has emphasized the significance of having a revised reform strategy to achieve anticipated reform objectives.The second phase of the PFM reform strategy outlines the implementation approaches of the planned reforms in the next five years.During the three-day workshop, the participants will collectively review and analyze the draft strategy, before validating and endorsing the final version.