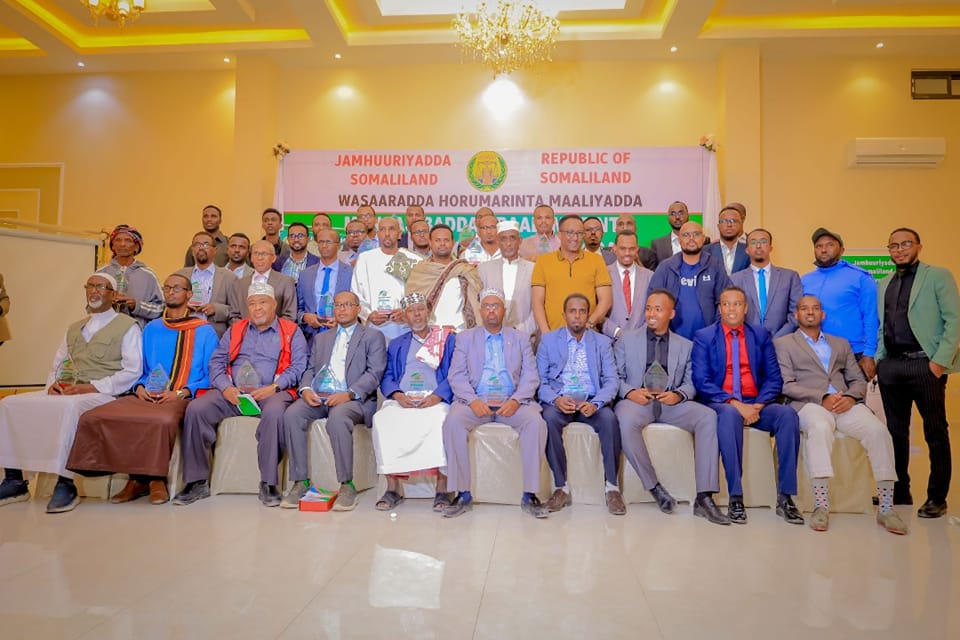 Hargeisa 29 Dec, 2022 {MoF} – The Ministry of Finance of the Republic of Somaliland has presented awards to 31 members who have been recognized as the best taxpayers in 2022.

The award ceremony held in Hargeisa city, 31 taxpayers who appeared in the list of the best taxpayers of the year, from all the regions and districts of the country, were selected from the different levels businessmen/taxpayers, and their selection followed the standards and procedures of the Somaliland General Revenue Act.

The annual Good Taxpayer Awards was first launched in 2020 and is the third consecutive year. It is intended to honor and encourage taxpayers who have fully fulfilled their tax obligations, and it is a role model for future winners.

Director General of the Ministry of Finance Mr. Mohamed Abdi Gurhan, speaking at the beginning of the event said, “This event is not only for these 31 taxpayers, but it is one in which we thank all Somaliland taxpayers in general, and in particular we honor those who are at the top of the list who have fully complied with the guidelines of the Revenue Act and the Inland Revenue Policy”.

The opening speech was delivered by the Minister of Finance Dr. Saad Ali Shire was one of the highlights of his speech “these 31 taxpayers are being celebrated tonight on this occasion, that doesn’t mean there aren’t other worthy taxpayers, there are, they are many, and they are grateful.”