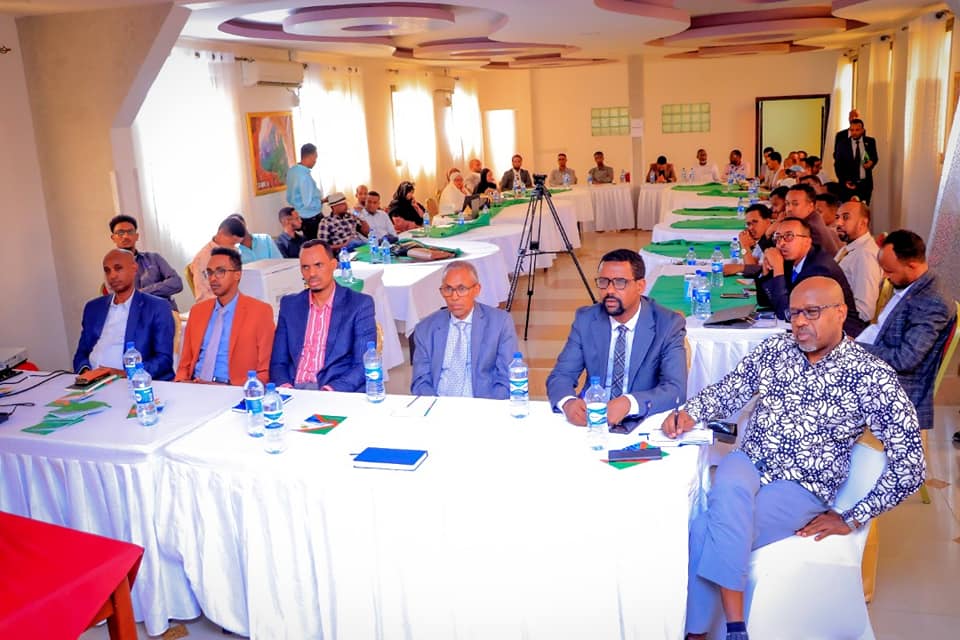 Hargeisa 20 July, 2022 {MoFD} –The Minister of the Ministry of Finance Development Dr. Saad Ali Shire together with the Director General of the Ministry Mr. Mohamed Abdi Gurhan opened a well-organized event in which the Ministry was introducing a new automatic system that will be used to pay the tax-clearance certificate, which was previously used to a long way, laborious and time-consuming, but from now on, the person who applied will get all the services that were connected to different locations or offices in one place.

This event was invited members who represented the stakeholders involved in this subject matter such as; Members of Businessmen, Non-Governmental Organizations, both international and local, Government Organizations especially those who are most related for issuing tax-clearance certificate, Somaliland Chamber of Commerce officials and other members.

So, this new process of modernizing and simplifying of the tax-clearance certificate that was introduced by the Ministry of Finance is part of the public financial program reform {PFM}, which is a program that has been going on for a recent years, whose objectives is to develop the country’s financial management system in an effective and an efficient way, which is the backbone of facilitating the provision of services by Government Agencies, and the principles of transparency, accountability and prosperity.

If we summarize the things that have been introduced by the MoFD, include the following points: