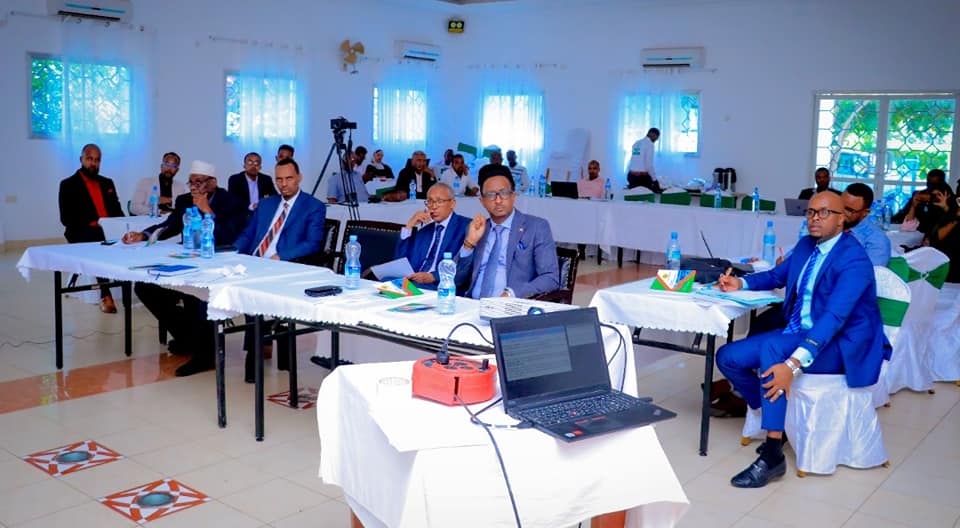 Hargeisa 16 July, 2022 {MoFD} – The Ministry of Finance Development of Somaliland held a preparatory meeting for some of the country’s universities, which was about the country’s tax system and the national curriculum.

During the meeting, the Department of Macro-Economic and Statistics of the Ministry of Finance presented a report on a study done on the level of students’ understanding of the country’s tax system. Participants were also presented with a six-chapter course on Somaliland’s tax system.
The workshop which attended by the Minister of Finance Dr. Saad Ali Shire, Mayor of the capital Mr. A/Karim Ahmed Mooge, Director General of the Ministry of Finance Mr. Mohamed Abdi Gurhan, Director of Higher Education Mr. Ibrahim Amin Gadiid, some of the departmental directors of the Ministries of Finance and Education, and members of the authorities of the country’s universities, aimed to build awareness of the new generation in the country, especially their role in paying taxes, who will be the country’s future taxpayers.
This meeting, which was a preliminary, has been scheduled for subsequent technical meetings, which will be invited to all stakeholders in this topic, according to the officials of the Ministries of Finance and Education.