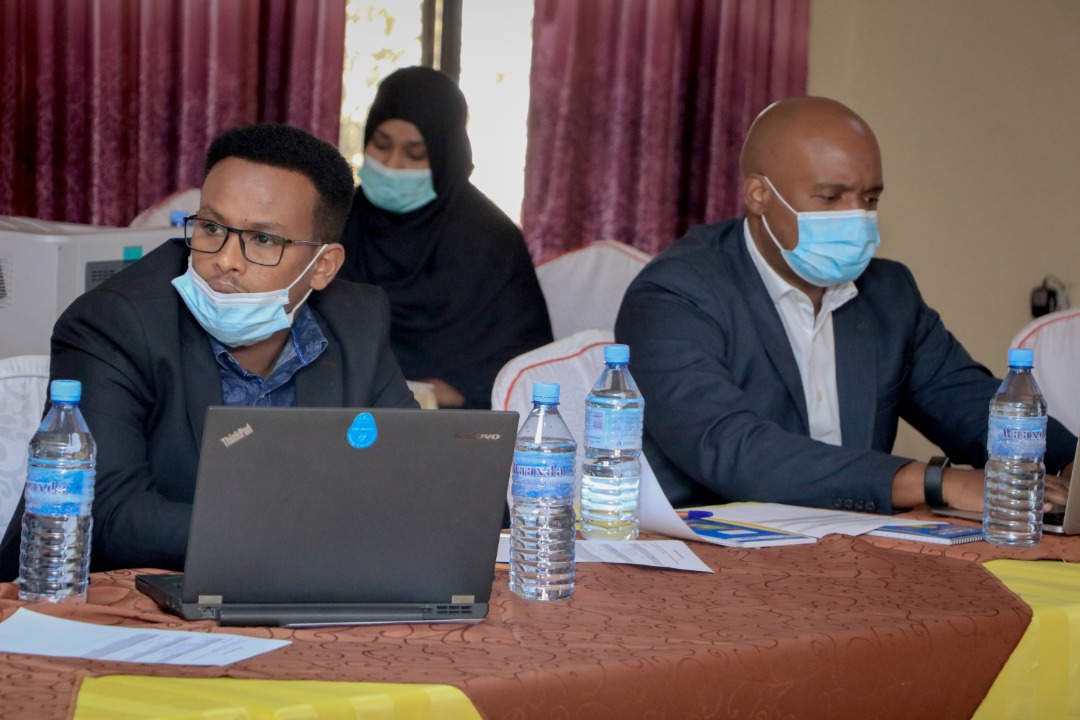 Hargeisa 23 March 2021(MoFD)- The PFM reform Coordination Unit has organized a three-day validation workshop on Law on the Prevention of the Misappropriation of Public Assets and combating corruption (law no: 38/2007) and the PFM Act (law no: 75/2016)
The objective of amending and reviewing these laws is to ensure compliance with the international best practices in public finance management and to seek a Legislative Guide for the Implementation of the United Nations Convention Against Corruption.
The workshop was officially opened by the Deputy Minister of Finance Development Hon. Muse Ibrahim and the Deputy Auditor General of the state Mr. Saad Riiraash and attended by senior staff from key public financial institutions as well as their technical advisors.
During the three-day validation, participants will go through reviewed and emended laws, preset their feedback and inputs, which will be incorporated into the final versions of these laws.